What feedback really is – part 1: A sign of care

What feedback really is –
Part 1: A sign of care.

In many environments I have seen and worked in, feedback was used as an instrument to correct behavior, almost like a legitimization to give everyone my point of view and to finally imprint my opinion and how I want things done on them.

Feedback was mostly something everyone was afraid of:

Those who received it were scared of it and felt they had to defend themselves, because who wouldn’t if you are just being blamed.

And those who were giving it were insecure because they didn’t know how the other side would react and were basically preparing themselves mentally to be attacked in return, as a defense mechanism.

No wonder nobody likes it!

You have probably heard many quotes about feedback, with “feedback is a gift” being the most popular one. I would like to share one with you I have a heard a couple of years ago, while working in Hong Kong: “Feedback shows, that you care.”

This sentence means a lot to me because it entails so much about what feedback REALLY is:

Feedback is coming from the deepest inside, from a place of holding someone bigger than they are, with the intention to support their learning.

Feedback is a tool intended for growth and development – not for criticizing.

And feedback, because it’s coming from a good intention, actually does show that the one who is giving the feedback cares about you. He or she means well and wants you to grow.

If you are not important to me, I won’t even bother spending time and energy on you and give you feedback.

Instead of being scared of feedback: welcome it.

It means the other person cares about you, wants you to learn and grow. Thank the feedback giver for that opportunity – and then decide what to do with it.

Read more about what feedback really is in part 2 of the “feedback” series.

What feedback really is – part 2: A way to connect 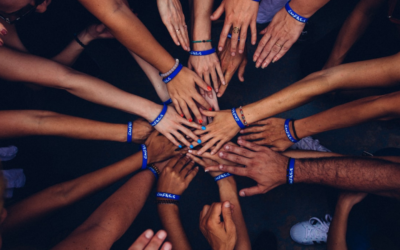 What feedback really is – part 2: A way to connect